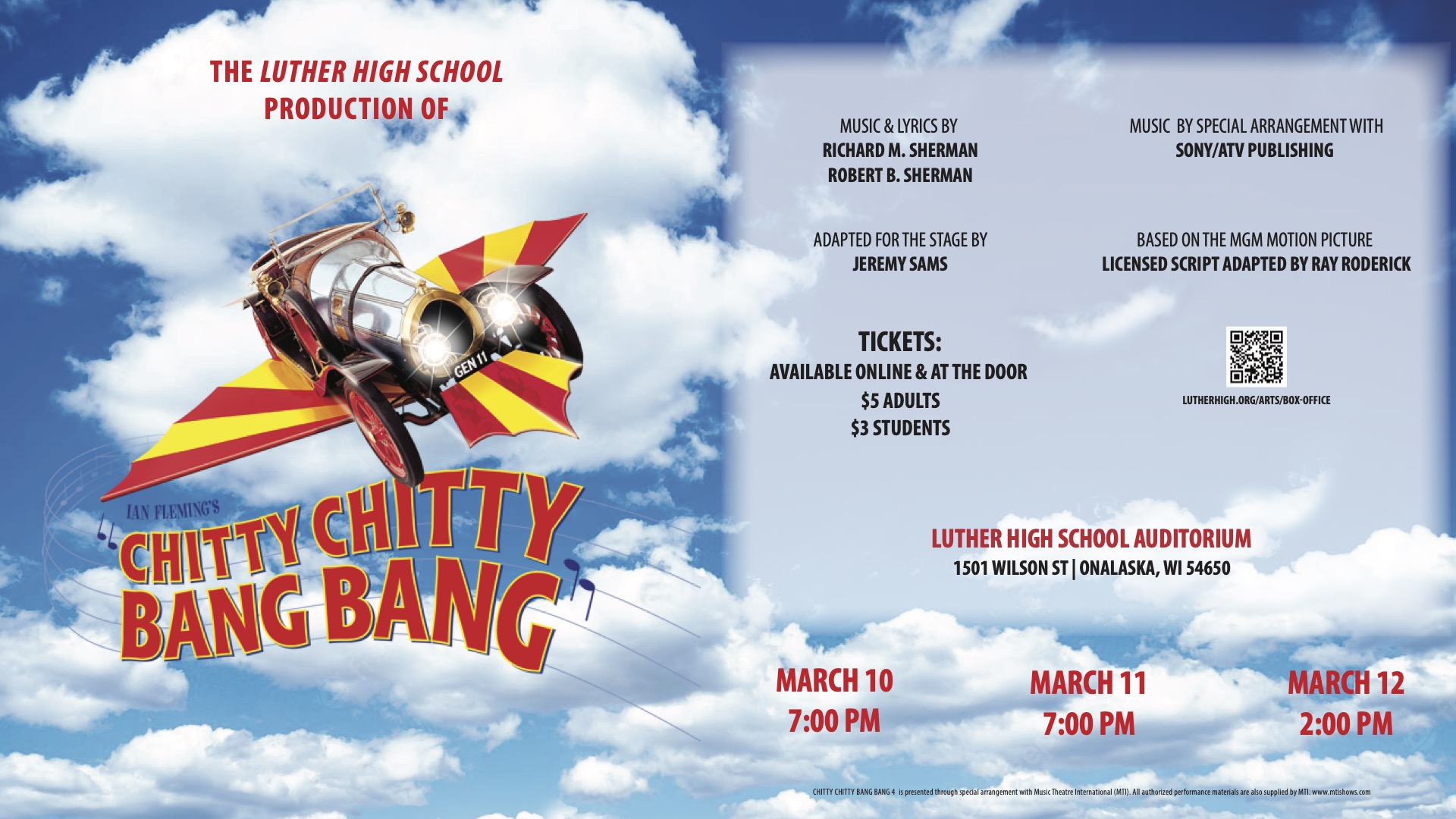 Tickets on sale beginning 8 AM on Friday, February 17
Synopsis:  (provided by MTI)

Take a fantastic musical adventure with an out-of-this-world car that flies through the air and sails the seas. Based on the beloved 1968 film version of Ian Fleming's children's book, and featuring an unforgettable score by the Sherman Brothers (Mary Poppins), Chitty Chitty Bang Bang is one family-friendly blockbuster that audiences will find "Truly Scrumptious."

An eccentric inventor, Caractacus Potts sets about restoring an old race car from a scrap heap with the help of his children, Jeremy and Jemima. They soon discover the car has magical properties, including the ability to float and take flight. Trouble occurs when the evil Baron Bomburst desires the magic car for himself. The family joins forces with Truly Scrumptious and batty Grandpa Potts to outwit the dastardly Baron and Baroness and their villainous henchman, the Child Catcher. 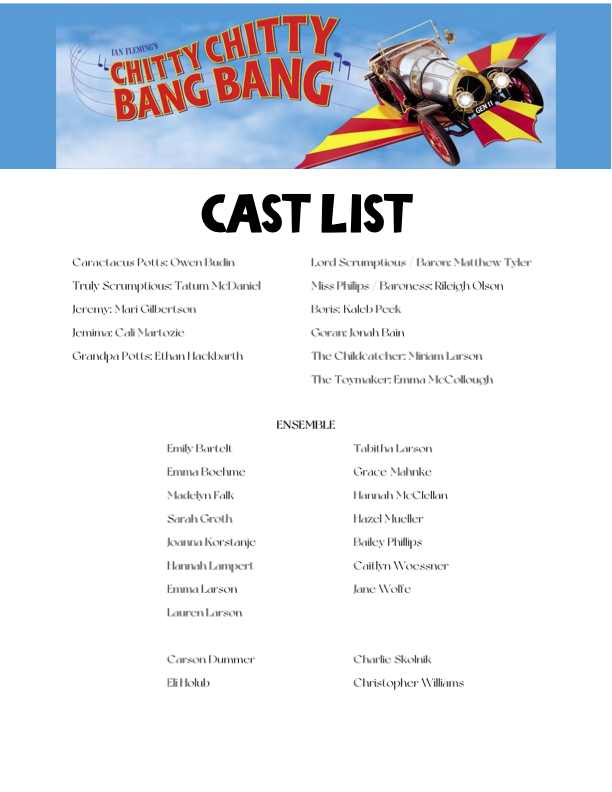 2020 - Hello Dolly! with lyrics and music by Jerry Herman and a book by Michael Stewart

2019 - Brigadoon book and lyrics by Alan Jay Lerner, and music by Frederick Loewe

2014 - How to Succeed In Business Without Really Trying